Here is my slide deck for my talk at Sitecore Digital Destiny Tour 2018.

Popular posts from this blog

Mobile Focus  75% of global mobile users were on 2G and 3G as of 2016 (Source: GSMA Mobile)  1MB takes minimum of 5 seconds to download on a typical 3G connection. (Source: WebPageTest & DevTools 3D definition)   19 seconds is the average time a mobile web page takes to load on a 3G connection. (Source: Google DoubleClick blog)  70% of mobile pages take nearly 7 seconds for visual content above the fold to display on the screen. (Source: Think with Google)  UX & UI Performance  As the number of elements on a page increases from 400 to 6000 the probability of conversion drops 95%. (Source Think with Google)  Site takes >1 sec to become interactive, users lose attention, and their perception of completing the page task is broken. (Source: Google Developers Blog)  As page load time increases from 1 sec to 7 secs, the probably of mobile site visitor bouncing increased 113%. (Source: Think with Google)  Proven Results  Walmart saw 1% increase in revenue for every 100ms improvemen
Read more 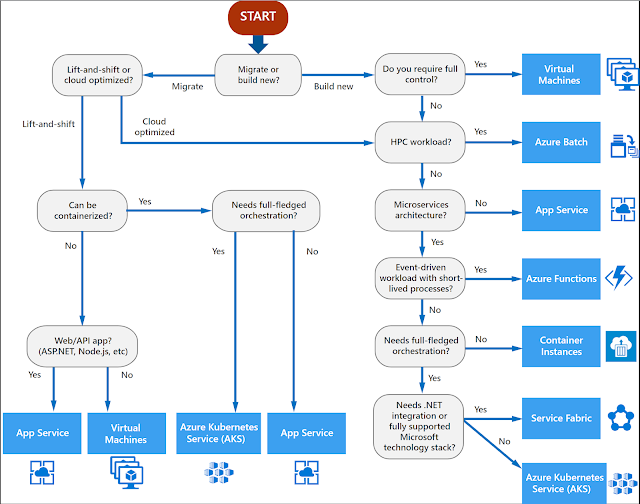 While working on a project last year, we were looking at various options for our Microservices hosting strategy. My colleague came across this decision workflow from Microsoft for their Azure hosting service options and I thought of sharing it here. This decision workflow can help in the following scenarios (and others): Hosting options for new build vs migration Overall cloud migration strategy Web & API hosting options IaaS vs PaaS vs serverless Microservices deployment and scaling strategy Feel free to comment on ways in which this may have helped you.
Read more